Anita and I saw so many great things at the London Stationery Show. We were like a pair of dogs in the forest, not knowing which stand to sniff next.

Some exhibitors were selling practicality – Pilot and Lamy had row upon row of pens. Others were selling the stationery lifestyle with matching To Do lists, pen pots and calendars.

Rather inevitably, some stationery suppliers were selling licensed merchandise associated with films and TV shows. I’m not normally interested in licensed products, until I saw this… 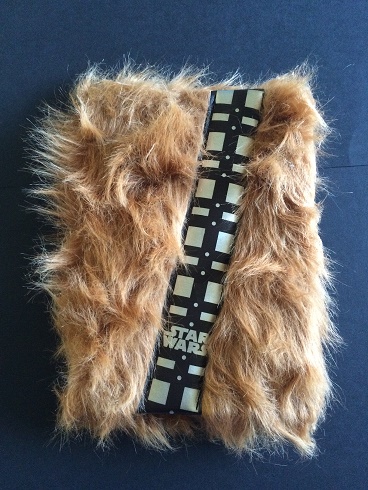 I squealed so loudly, everyone turned round and stared. They are not used to having excited author stationery addicts at the London Stationery Show. Thank you to Pyramid International for making my day.

Which other character in the whole galaxy can be recognised by his seatbelt alone?

Inside the book, Chewie’s face is featured on the end papers and each page is embossed with the Star Wars logo. 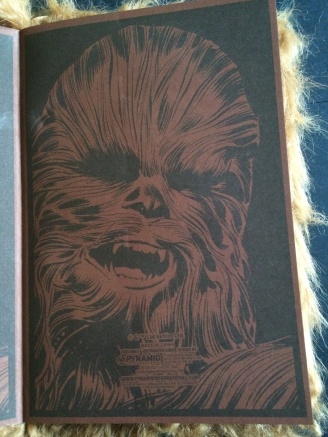 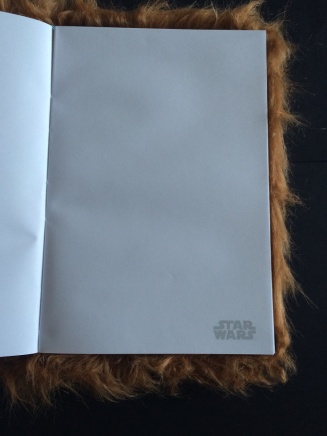 As with many licensed products, the quality of the paper isn’t great. But the cover …

Would you like to win this notebook? Keep coming back to Papers Pens Poets because we will be running a competition in honour of National Notebook Day (yes it really is a thing made up by some marketing department in a galaxy far, far away) on May 19th and the prize will be this Chewbacca notebook.